April is Sexual Assault Awareness Month. The goal is to increase awareness of sexual assault and encourage community members to prevent it from happening while empowering victims to take action. The Sexual Assault Awareness Month campaign works with non-profit organizations to spread the message of awareness and prevention through public events, educational programs, and… Read More » 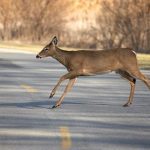 Seeing animals on the roadways is a common occurrence in South Carolina and all throughout the country. Deer, squirrels, dogs, cats, birds, and other animals can suddenly run out in front of drivers with absolutely no warning. While you might not really think about the impact of hitting an animal while driving, it can… Read More » 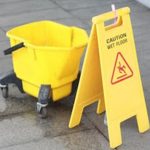 Slips And Falls In The Workplace

Slips and falls are common occurrences in homes, on sidewalks, in parking lots, and on stairs. They can also happen in the workplace. Grocery stores, restaurants, and construction sites are common places for these accidents to occur. A lack of safety training and unsafe conditions can lead to serious injuries in the workplace. Slips… Read More »

John S. Simmons, founding attorney of Simmons Law Firm in Columbia, S.C., was recently selected by his peers for inclusion in The Best Lawyers in America 2017 in the field of White-Collar Criminal Defense. John was also named the 2017 The Best Lawyers in America White Collar Criminal Defense “Lawyer of the Year” for… Read More »

On May 9, 2016, lawyers with Simmons Law Firm, Bluestein Nichols Thompson & Delgado, and Jordan, Rauton & Scott filed a lawsuit alleging that the Town of Turbeville has been enforcing an unconstitutional town traffic ordinance and imposing fines well in excess of those permitted by State law. According to the Complaint, Drivers cited… Read More »

Heavy rainfall and flooding has damaged many homes and vehicles in the Columbia, South Carolina over the last several days. Typically, flood damage is covered by car insurance policies if the policyholders carry comprehensive coverage. However, most homeowners’ policies specifically exclude flood damage unless the policyholder carries flood insurance. Undoubtedly, losing one’s home can… Read More »

Resolving legal claims involving Medicare beneficiaries can be challenging, and as the number of Medicare recipients continues to grow, attorneys will face more and more of these claims. In an effort to address many of the issues surrounding Medicare claims, Simmons Law Firm Attorneys John S. Simmons and Derek A. Shoemake recently published an… Read More »

Attorneys for AT&T Make a $40 Mistake

On March 19, 2015, the United States Court of Appeals for the Federal Circuit determined that attorneys defending AT&T in a patent infringement case made a $40 million mistake. AT&T’s problems began when Two-Way Media, LLC filed a lawsuit contending that AT&T infringed upon several patents. A jury found in favor of Two-Way Media, awarding… Read More »

In an Order representing a sea change in the way that attorneys must handle appellate filings, the South Carolina Court of Appeals held this week that the time period for filing an appeal starts running upon receipt of an email referencing or attaching a filed copy of the order or judgment. On Wednesday, August 26,… Read More »

John S. Simmons, founding attorney of Simmons Law Firm in Columbia, S.C., was recently selected by his peers for inclusion in The Best Lawyers in America 2016 in the field of White-Collar Criminal Defense. Since it was first published in 1983, Best Lawyers® has become universally regarded as the definitive guide to legal excellence…. Read More »