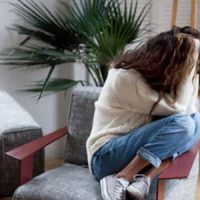 Sexual assault is a common crime that affects people of all ages and walks of life. In the United States, a person is sexually assaulted every 68 seconds. A child is a victim every nine minutes. Of these children, more than 30% are under the age of 12. That comes out to approximately half a million victims of sexual abuse every year.

What is Sexual Assault?

Perpetrators of sexual assault may be strangers to the victim, but in most cases—approximately 80% of sexual assaults—the perpetrator is someone known to the victim. It could be a date, intimate partner, classmate, friend, neighbor, or even a family member such as a parent, sibling, aunt, or uncle. Even if you are dating someone or in a sexual relationship with them, they do not automatically have consent for increased or continued sexual contact.

What You Can Do to Take Part

Activism leads to change. Therefore, you should do your part to support positive changes in our society during Sexual Assault Awareness Month. Examples of some activities you may wish to take part in could include:

Sexual assault is more common than you may think. The perpetrators of these crimes need to be held liable for their actions.

The Columbia sexual abuse and trauma victim lawyers from Simmons Law Firm can help you take action against your abuser and others who may be responsible under the law. We can help you get the medical treatment and financial support you need. Schedule a free consultation by calling (803) 779-4600 or filling out the online form.

More on Sexual Abuse And Trauma