On May 9, 2016, lawyers with Simmons Law Firm, Bluestein Nichols Thompson & Delgado, and Jordan, Rauton & Scott filed a lawsuit alleging that the Town of Turbeville has been enforcing an unconstitutional town traffic ordinance and imposing fines well in excess of those permitted by State law. 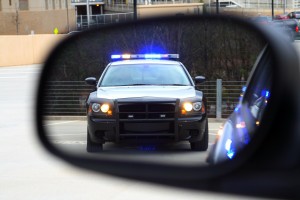 According to the Complaint, Drivers cited under the Turbeville ordinance are incentivized to pay the increased fines based on the Turbeville Police Department’s statements that the tickets are not reported to the DMV or to the driver’s insurance company. The complaint also alleges that when a driver challenges the validity of the ordinance, Turbeville has either altered the citation to a valid State traffic ticket or dismissed the charge to avoid judicial review.

Although the Attorney General’s Office has stated that “local authorities are absolutely prohibited from enforcing any traffic offense pursuant to State or local law using a local ordinance summons,” Turbeville officers have continued to write tickets to drivers who violate the town ordinance.

Therefore, the lawyers with Simmons Law Firm, Bluestein Nichols Thompson & Delgado, and Jordan, Rauton & Scott filed the class action lawsuit seeking a declaration that Turbeville’s traffic ordinance is unconstitutional and seeking recovery on behalf of two named plaintiffs and all others who are similarly situated.

Simmons Law Firm is committed to protecting the civil rights of injured South Carolinians. If you or someone you know would like to discuss a potential case, please contact Simmons Law Firm at info@simmonslawfirm.com or (803)-779-4600.